from Streetlight Vol 1 by Repertoire 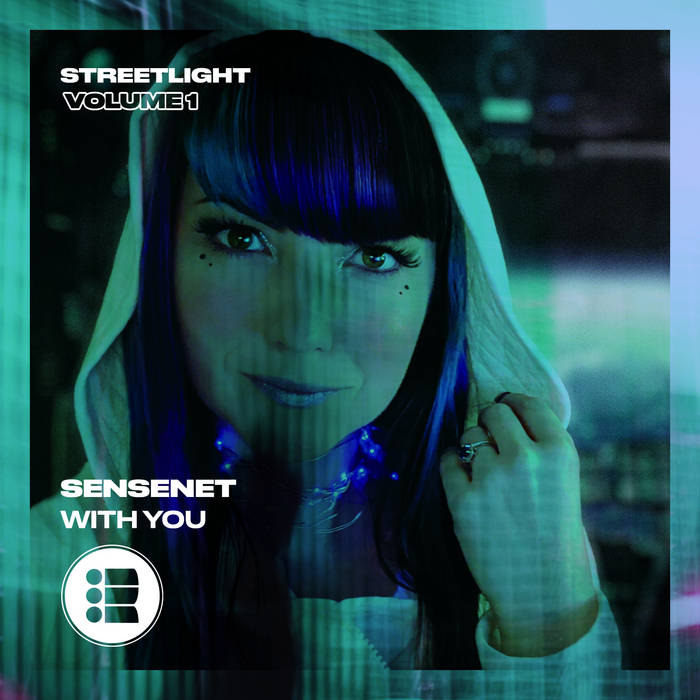 SenseNet (Cheney Smith) is a female DJ/ Producer based out of Asheville, NC USA with roots in the Florida electronic music scene. In 2019 she released her first single “Past Gift” on Force Recordings, with a follow-up remix of Airstrike’s “Limerence” in early 2020. Later this year she’ll be releasing her first collab single with her partner and fellow producer, A1-Voodoo on Force Recordings.

Most recently you can find her track “With You” on Repertoire’s compilation album “Streetlight Vol. 1” set for release in July of 2020. Coming up in 2021, she has her first release on Tuff Love Dubs, a contemporary jungle label exclusively releasing on 10” vinyl dubplates. She’s also written a special charity track, “What You Said”, with all proceeds benefiting The King Foundation to help promote racial equality here in America and abroad.

As a DJ, she’s heavily influenced by the Industrial genre (Trent Reznor, Nitzer Ebb, Jackyl & Hyde) & classic artists like Herbie Hancock, Led Zeppelin, and Pink Floyd. She loves going from atmospheric jungle to hard-hitting amens, then back into dark & ominous two-step vibes. Taking cues from the mixing styles of Doc Scott, Coco Bryce, and Sonic, she doesn’t limit her sets to any particular era, and you might hear her mix a classic jungle track by Omni Trio or LTJ Bukem, alongside current releases from Dom & Roland, Blocks & Escher, and Seba.

She has a degree in Fine Art and has been playing piano for 35 years with a foundation in classical theory, which continues to be the corner stone on which she writes her own music. In late 2020 she’s starting her own label “Subsong”, focusing on Space Ambient music containing synth heavy textures and soundscapes, a style that you can hear echoed throughout her DNB compositions.

You can find her every Friday night on Twitch where she's been DJ'ing a weekly DNB stream "Straylight Sessions" for the past 2 years along with her partner as a way to keep the scene and history of Jungle alive and well here in the states. Through playing classic tracks and educating viewers about the full 25+ year span of this culturally rich and sonically diverse genre, they love sharing their knowledge and passion for the music with old and new fans alike.

Bandcamp Daily  your guide to the world of Bandcamp